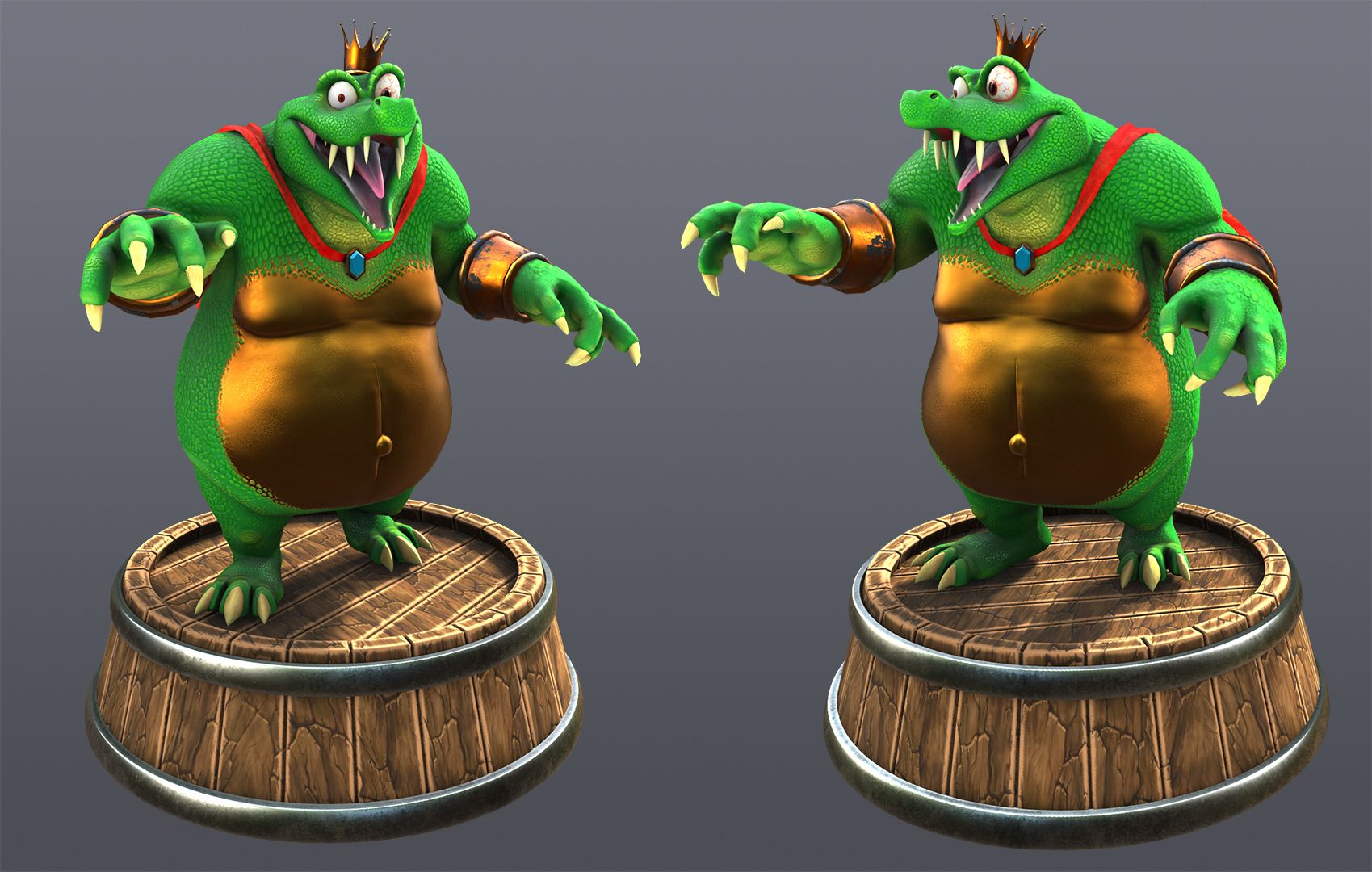 King K.Rool is the main bad guy of the Donkey Kong Country games on Super Nintendo and, since then, he made appearances in various spin-off games… but not much lately.
Donkey Kong Country being one of the first game I have owned and the whole series being my favourite platformers, I’m a big fan of this guy and thought it would be fun to sculpt him. I also used this opportunity to give PBR workflow and tools a try.

I choose to create my own design by merging his Rareware and his more recent Paon one. I wanted him to be scaly and muscular like in the old games but also keep the fat and more modern aspect of the most recent games.

My aim was to have a model of around 20 000 tris, a number which seems pretty common for important characters in HD games. The final polycount of the King is 19 360 tris (15 510 tris for the body + 3 850 tris for the accessories). Made with 3D Coat, Marvelous Designer and Blender.